Everyone loves a good PFP. Everyone except for right-click savers, of course. But while art is fun and roadmaps are inspiring, NFTs do one thing better than everything else: Community. And a strong community can make it through any market condition, even at times like this when even some blue chip projects are struggling.

Here's an example. If one (non-Yuga Labs) project dominated the NFT space recently, it’s Moonbirds. The cute, pixelated owls (whose owners I’m not jealous of at all) turned out to be one of the most successful PFP launches in NFT history. And while the mint was expensive at 2.5 ETH, it was affiliated with a select group received two Moonbird NFTs for absolutely free. That group? Proof Collective holders.

Proof Collective is an exclusive, NFT-gated community for collectors launched by Kevin Rose. After its initial passes sale in late 2021, Moonbirds was its first PFP drop.

Proof Collective is part of a bigger trend: NFTs that look and act like Membership passes. They’re not as visible as PFP collections because, well, people don’t use them as PFPs.

But while membership NFTs are less visible, the communities that formed around them are building awesome stuff in Web3 including but not limited to PFP projects, exclusive communities, decentralized media, and even culinary experiences.

Before we get into the list of 9 membership NFTs with unique benefits, we want to address an objection the Web3 community often has to these projects: Web3 is all about decentralization and creating opportunity for anyone—no matter where they’re from or what their background is.

These exclusive clubs do put some opportunities behind (sometimes expensive) paywalls. At the same time, building software and incubating projects requires the judgment of skilled professionals, so they need to filter for the right contributors.

Now to the fun part!

Almost every popular NFT project these days uses an allowlist to avoid gas wars. But making these mechanics from scratch is hard. It means more work for devs (can they do something?) and makes projects more complex for everyone.

Premint simplifies that. They provide a simple SaaS solution that helps NFT creators raffle off allowlist spots, get Twitter followers and much more.

If you get the Premint Collector’s Pass NFTs, you get additional features and other perks. From a calendar that shows you what’s minting and when, analytics on the fastest-growing projects and more.

👉 Check out Premint passes on Rarible.com

First thing you notice about those is the very form of those passes—instead of boring cards, the NFTs represent 10 different goods including a spray that “kills FUD on contact” or a “high gas blend” of coffee. All of those variations grant the same access, and are of equal rarity.

Their membership NFTs give you access to an exclusive alpha group, retreats, and parties. Besides that, Crypto Packaged Goods incubates NFT projects and has launched a consultancy.

CPG shows no signs of slowing down, either—their upcoming POP drop is highly anticipated. That has sent the price for their Genesis passes soaring, with the current floor price at 22 ETH (the mint was .2 ETH).

👉 Check out CPG passes on Rarible.com

0xStudio describes itself as an artist-first-web3-as-a-service studio. Because they believe artists are at the center of Web3, they empower up-and-coming artists with technology, advice and consulting.

Their 0xOG passes grant access to an exclusive community, let you mint any project 0xStudio collaborates with and is a piece of art itself.

If you pick up a pass (which you can buy on secondary or mint every 6 hours), you’ll also get access to third-party raffles which collaborate with 0xStudio.

Needless to say, they don’t come cheap. But if you love independent artists, the benefits could be worth the cost!

Proof Collective is the highest-priced collection on this list. At over 66 ETH (it was a three digits number before the latest market crash), these membership passes price out most collectors. That’s because their execution has been very rewarding: Members not only received 2 free Moonbirds, but also got to mint art from their Grails collection.

Besides that, Proof is a membership collective centered around NFT collecting. While the community itself is said to be incredible, Proof is also getting more tangible utility. Proof founder Kevin Rose stated that the team is hiring multiple analysts to create exclusive reports for Proof members which detail an artist’s work.

Kevin Rose and his team have done a great job executing on the promises they made for Proof. But, besides the price point, there’s one word of caution we have to give: Proof passes are a 3-year membership, starting on January 1st, 2022, after which they lose their utility as a membership. So if you’re reading this in 2025 and think you’ve found a bargain, you might be disappointed if you’re looking for access to the community.

Take your date to the Flyfish Club

Many people criticize NFTs because they’re purely digital. They’ll say you don’t own the art because you don’t have the painting—and that you can also make a Discord server without NFTs. You should tell these people about Flyfish Club!

Flyfish Club NFTs gives you access to a real world restaurant. And a fancy one at that! Co-founded by Gary Vaynerchuk, Flyfish Club will be a seafood-focused fine dining restaurant accessible with one of their NFTs.

At 2.7 ETH, they’re more than your average seafood dinner, but they also give you access to more culinary experiences. So if you’re a foodie who loves NFTs, Flyfish Club might be more for you.

Rock three stripes in the metaverse with Adidas

Adidas pulled off one of the most Web3-native launches for a non-NFT brand: After buying land in Sandbox, they handed out POAPs and collaborated with Bored Ape Yacht Club, gmoney and PUNKS Comic on their first NFT.

The collaboration was called Adidas: Into The Metaverse. As a popular street- and athletic wear brand, Adidas created a lot of hype immediately. After they revealed a second edition, an official Discord and exclusive garments for holders, Adidas has proved its spot in the Web3 community.

Avoid getting rugged with Rug Radio

Rug Radio founder Farokh didn’t like that centralized media corporations shape the public narrative. So he built his own media company based on NFT technology.

Rug Radio creates content around many topics involving culture and technology—including Web3 and NFTs. They not only have membership NFT passes, but also their own $RUG utility token, which powers their ecosystem.

Because Rug Radio truly aims at decentralizing media, they’ve also created a DAO, which steers the direction of the product and governs their media platform.

With so many crypto technologies in one project, it’s certainly on the forefront of decentralized media.

Go on a JRNY

JRNY is an NFT studio that launched with a membership pass that gives you guaranteed and/or free access to all of their future NFT projects. Naturally, you also get access to their community and partner NFTs.

But that’s not all: On Twitter, you can see the JRNY team acquiring NFTs for the community wallet and purchasing land in multiple metaverses.

👉 Check out JRNY passes on Rarible.com

Looking for a best friend? Become a BFF!

BFF has the mission to “Welcome more women, non-binary & other friends into web3”. And the team they’ve assembled to do that is staggering. Some of the founding members of BFF are:

But it’s not just big names: The BFF team put tons of action behind their words. While the project is one of the newest membership NFTs, they’ve already launched two collections—the friendship bracelets (membership) and you (PFP) collection. 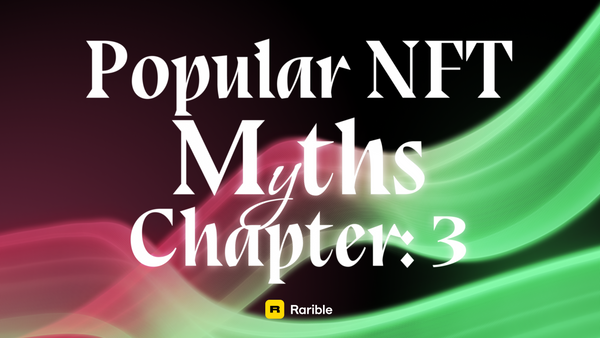 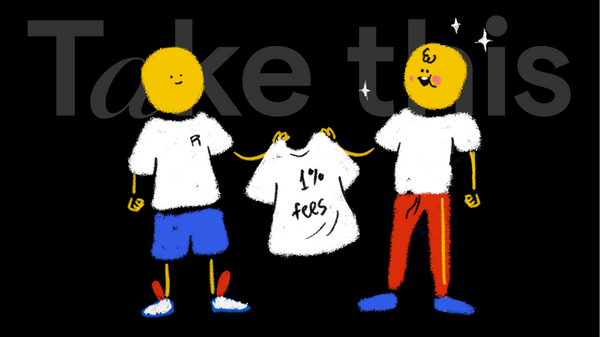 Both the buyer and seller only pay 1% commission from now on. 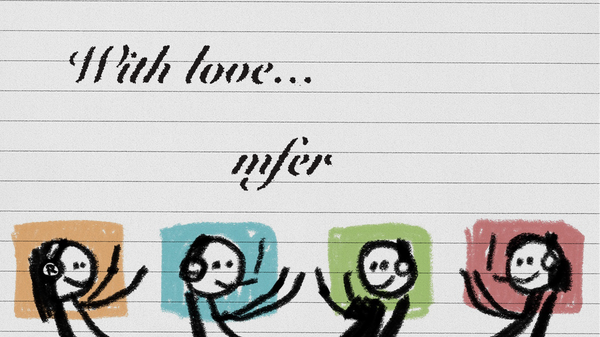 Mfers have been in the spotlight recently. First, Sartoshi, the crypto twitter’s pseudonymous memester who created the CC0 10k PFP collection, announced the ‘new era’ for the project, deleting their socials and fully handing over the reins to the community (along with 50% of all royalties). The departure was